The need for cheaper garments and lower wages led to riots and rebellions among workers resulting in the forming of the first knitting Trade Unions.

See objects from this period in our virtual museum. 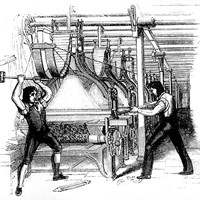 The Emergence of Trade Unions 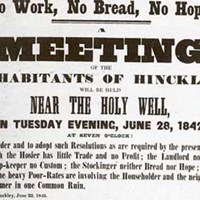 The Stocking Makers' Association for Mutual Protection, formed in 1776, was the first association in the knitting industry to formally represent the workers. 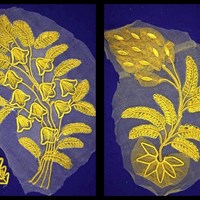 After the strikes of framework knitters in the 1810s and 1820s, wages in common branches of the industry remained at a low level for a further twenty years. Reports highlighted the poor conditions faced by workers.